NEW ALBANY, Ohio, March 9, 2015 /PRNewswire/ -- Commercial Vehicle Group, Inc. (the "Company") (Nasdaq: CVGI) today announced that on March 3, 2015, the Columbus Council on World Affairs honored Commercial Vehicle Group ("CVG") as the 2015 International Company of the Year, at a luncheon that marked the Council's 40thanniversary.  The Council recognizes a local company each year for its leadership in bridging the central Ohiocommunity with the global economy and raising awareness of issues, such as education and trade, which have both an international and local impact.   More than 600 business, civic and academic leaders joined the Council in honoring CVG.

CVG, headquartered in New Albany, Ohio, is a leader in the development, manufacturing and fulfillment of integrated system solutions for the medium- and heavy-duty truck, bus, construction, military, agriculture and specialty markets. CVG employs nearly 7,000 people globally and has manufacturing operations in the United States, Australia, China, Czech Republic, India, Mexico, United Kingdom and the Ukraine. Rich Lavin, CVG's President & CEO, accepted the award and delivered the keynote address at the Hilton in downtown Columbus. "It is an honor to accept the award for 2015 International Company of the Year on behalf of Commercial Vehicle Group", said Lavin. "We look forward to the opportunity to continue our global outreach efforts with the local community and the Columbus Council on World Affairs as they address key global issues such as education, sustainability, technology, foreign affairs and global trade".

Patrick Terrien, President & CEO of the Columbus Council on World Affairs stated, "CVG is one of our region's hidden gems - its global experience and reach are examples of how local companies can stay competitive by leveraging overseas markets.  The Columbus Council on World Affairs is proud to honor CVG as the 2015International Company of the Year."

About Commercial Vehicle Group, Inc.
Commercial Vehicle Group, Inc. is a Delaware (USA) corporation. We were formed as a privately-held company inAugust 2000. We became a publicly held company in 2004. The Company (and its subsidiaries) is a leading supplier of a full range of cab related products and systems for the global commercial vehicle market, including the medium-and heavy-duty truck market, the medium-and heavy-construction vehicle markets, the military, bus, agriculture, specialty transportation, mining, industrial equipment and off-road recreational (ATV/UTV) markets.   Information about the Company and its products is available on the internet at www.cvgrp.com.

About the Columbus Council on World Affairs
Since 1975, the Columbus Council on World Affairs has increased global awareness in our region. The CCWA fosters a community that is well-informed about critical international issues as they affect the world, nation and the local region. Columbus citizens then utilize this insight to make effective decisions in our global society. To learn more, go to www.columbusworldaffairs.org.

To view the original version on PR Newswire, visit:http://www.prnewswire.com/news-releases/columbus-council-on-world-affairs-honors-commercial-vehicle-group-as-the-2015-international-company-of-the-year-300047766.html 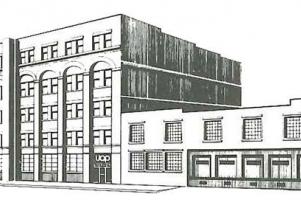 Did you know Bostrom Seating was established in 1935? Learn More